Between challenge and opportunity - the European-African Partnership

Exciting insights and motivating views at the congress #rethinkeurope in Passau

The future of Europe is, amongst other things, also dependent on the future of the African continent. If Africa has no future, then Europe has none neither - this was the common view of the participants of the recent congress #rethinkeurope, which came together under the motto "Changing Perspectives” in Passau. Together, in various discussions, they developed and exchanged honest and courageous prospects for a fruitful African-European partnership.

What is meant by the term "partnership“?

What are the expectations on both sides?

﻿﻿﻿And what is the responsibility of politics?

These and other questions stood at the beginning of an intensive debate on the challenges and problems, but also the immense perspectives and opportunities of a functional and productive African-European partnership. The goal was to reach a win-win situation for Europe as well as for Africa, born from the sincere desire to develop long-term and sustainable prospects for the African continent. Such a desire requires courage and the willingness to sometimes take risks, because it is not always clear from the beginning which seeds will bear which fruit when and where, and which development will follow which incentive.

However, it also became clear that the stability of Africa needs to be an interest of Europe, because in terms of migration, an atmosphere of concern and anxiety has been established in Europe. This is difficult to transform into an atmosphere of perspective and future and must be taken very seriously in order not to lose the voters to right-wing populist parties. A stable Africa would reduce many current problems and would increase the incentive for migrants to return to Africa.

Africa - one continent with 54 faces

There is not one Africa and there is a special challenge in this diversity - this was the message across the panel that addressed the needs and expectations of the African continent. Rather, there are 54 very different and instinctively extremely complex countries that form the Africa that Europe is in partnership with.

"Listen to us, if you want to help us - do not talk about Africa, but with Africa"

The African congress participants were adamant about the many faces and stories of Africa and the danger of reducing Africa to just one perspective and trying to dictate certain opinions to it. "Listen to us, if you want to help us" was the appeal of the younger generation - "do not talk about Africa, but with Africa".

Talking to each other, openness, accepting controversies and conflicts, and withstanding break-ups and contradictions - that's what the African debaters demanded of their European partners. As the congress unfolded, this desire became a powerful reality and the experts reported on Africa's great heritage and diverse identity, which were powerfully formative and influential even if one grew up as far away as in America. The participants, who brought the impressive spectrum of colors in Africa and the visionary spirit of the future-oriented continent to Passau, are convinced that the diversity of the continent and the very different structures of its individual countries, offer 54 individual opportunities.

On the European side, there was a realization that all too often, there is a strong and sometimes too analytical approach that blocks the development of long-term and visionary goals. In view of Africa's many facets and opportunities, it is important to open the thinking space and to look ahead responsibly, rather than to manage crises exclusively.

The frequent focus on the issuance of funds under the Official Development Assistance (ODA) was highlighted as a problem as this does not ensure sustainable local development. Much more important, especially for long-term growth in Africa, is the role of meaningful private investment and private capital. By serving sustainable projects rather than leading further exploitation of raw materials, European companies in Africa are an essential part of the solution that would bring income and employment to the people of Africa.

It is not only large corporations that are called on, but especially middle-sized companies. Companies that are already active in Africa have a special role model function and start-ups could also play a major role in Africa. The opinion was unanimous that for entrepreneurs, the African market offers phenomenal opportunity, and that particularly in the field of telecommunications and the energy sector, lies immense potential. Fear of short-term risks has little place in Africa – rather than imposing fixed, pre-conceived models on Africa, a long-term perspective, based on honest dialogue with African partners, should lead and the drive the goal of realizing new ideas together.

The quintessence of the focus on Africa at #rethinkeurope is, that at the very end, a solution to problems is only possible from the inside out and that in Africa and with its people, lies the strongest potential. The partnership between Africa and Europe is an important companion on this journey. 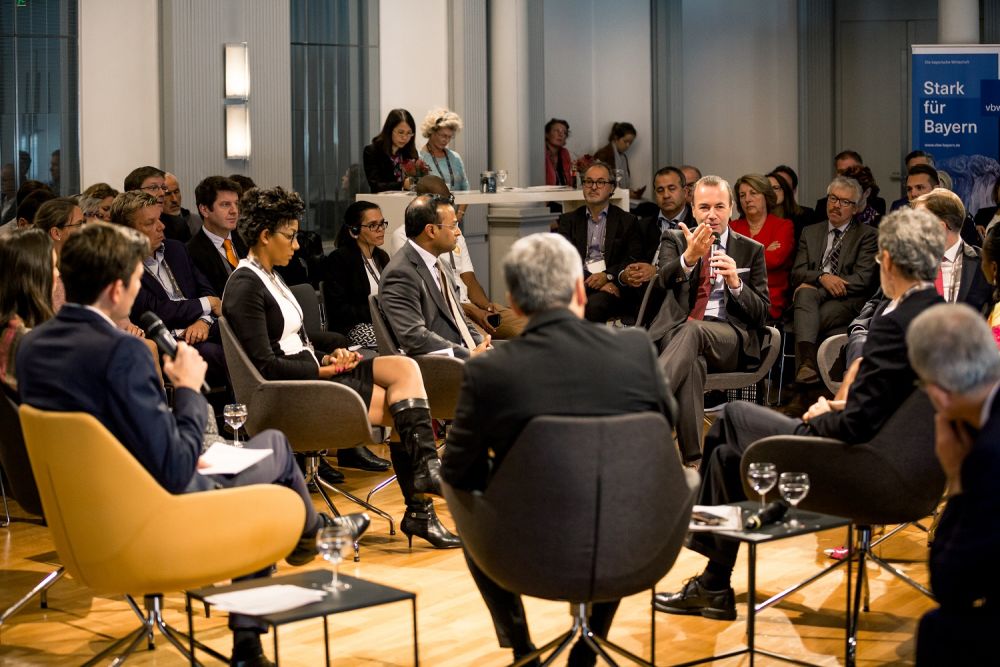 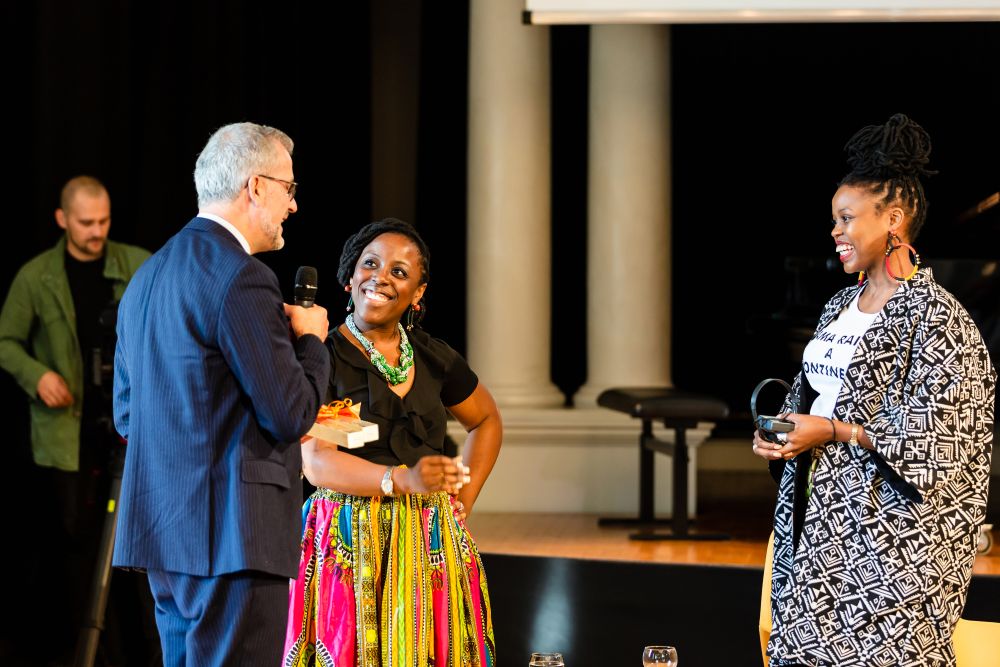 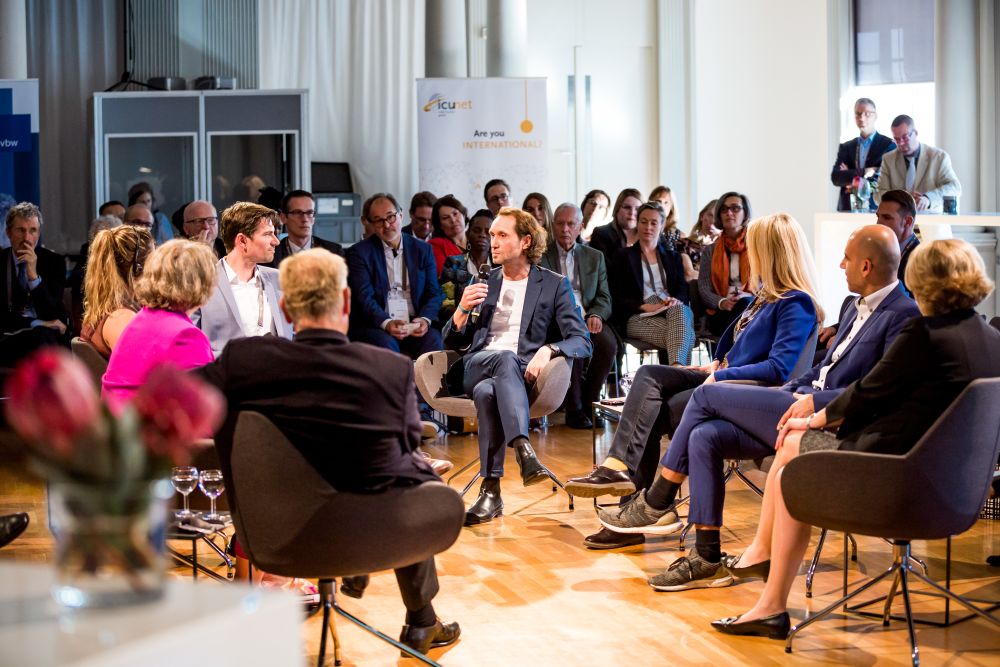 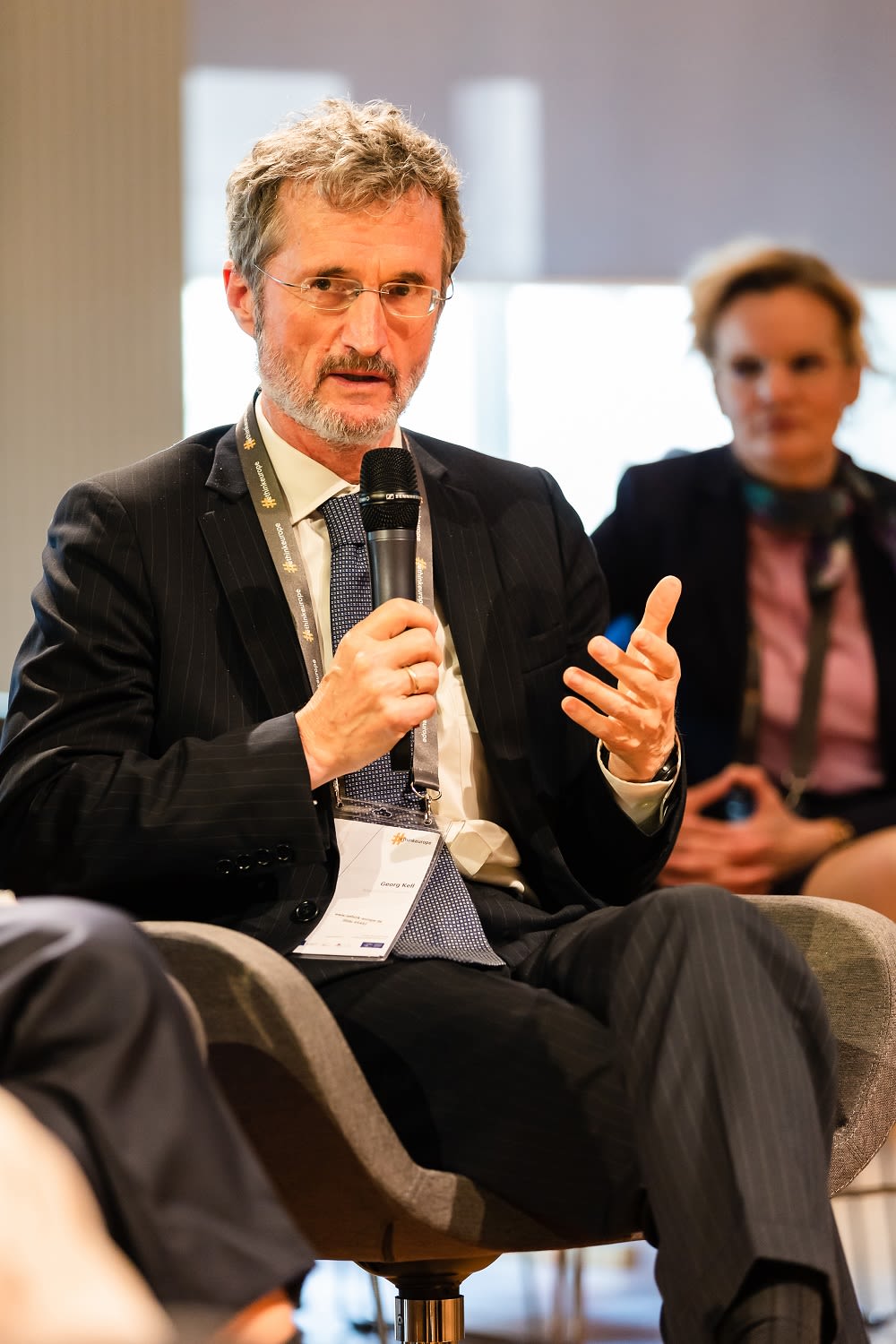 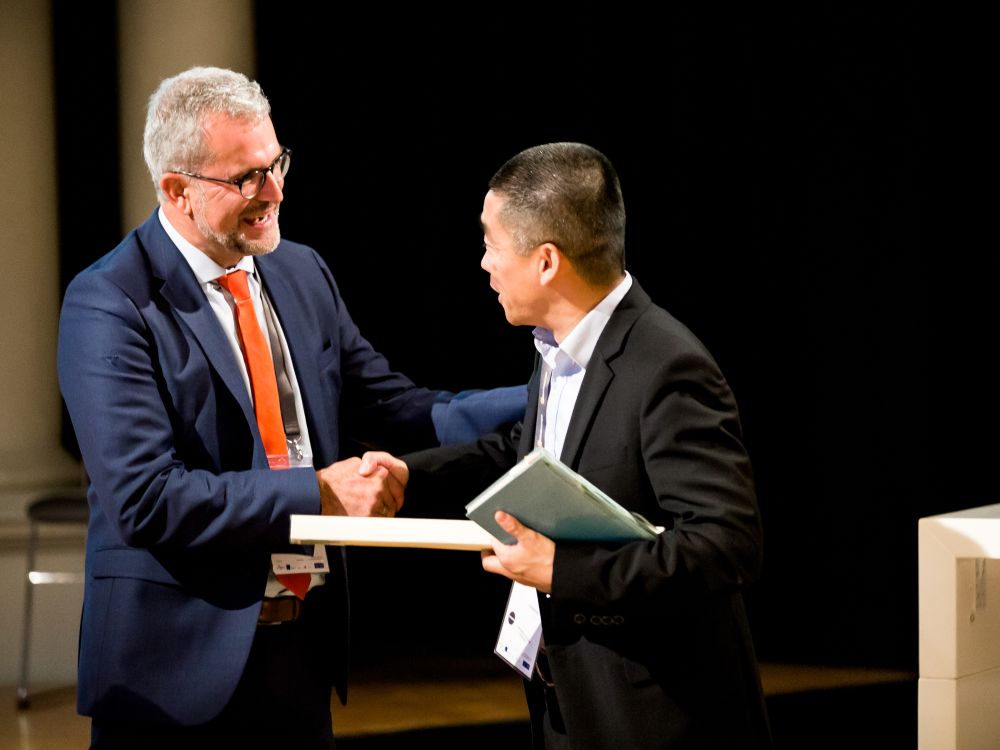 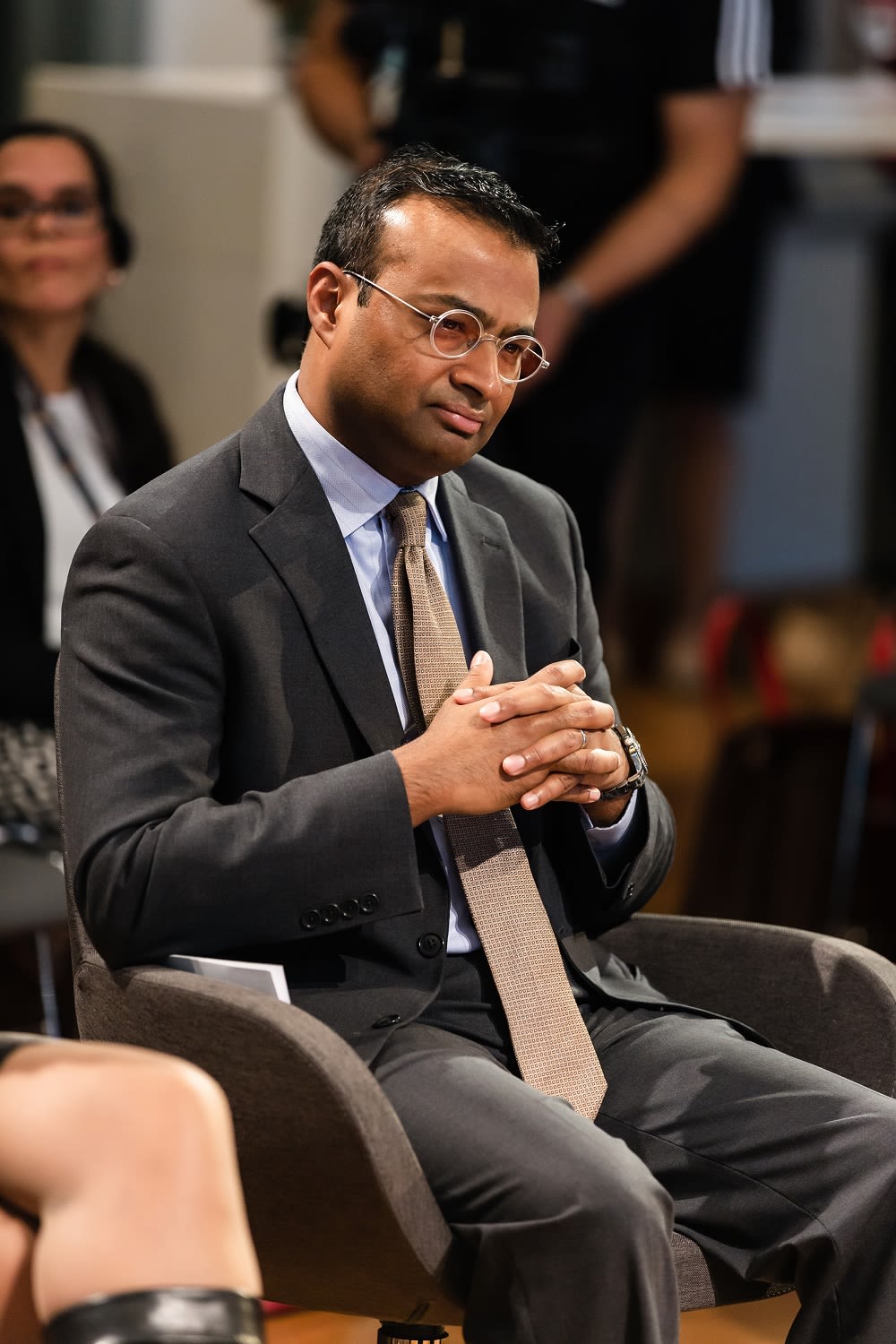 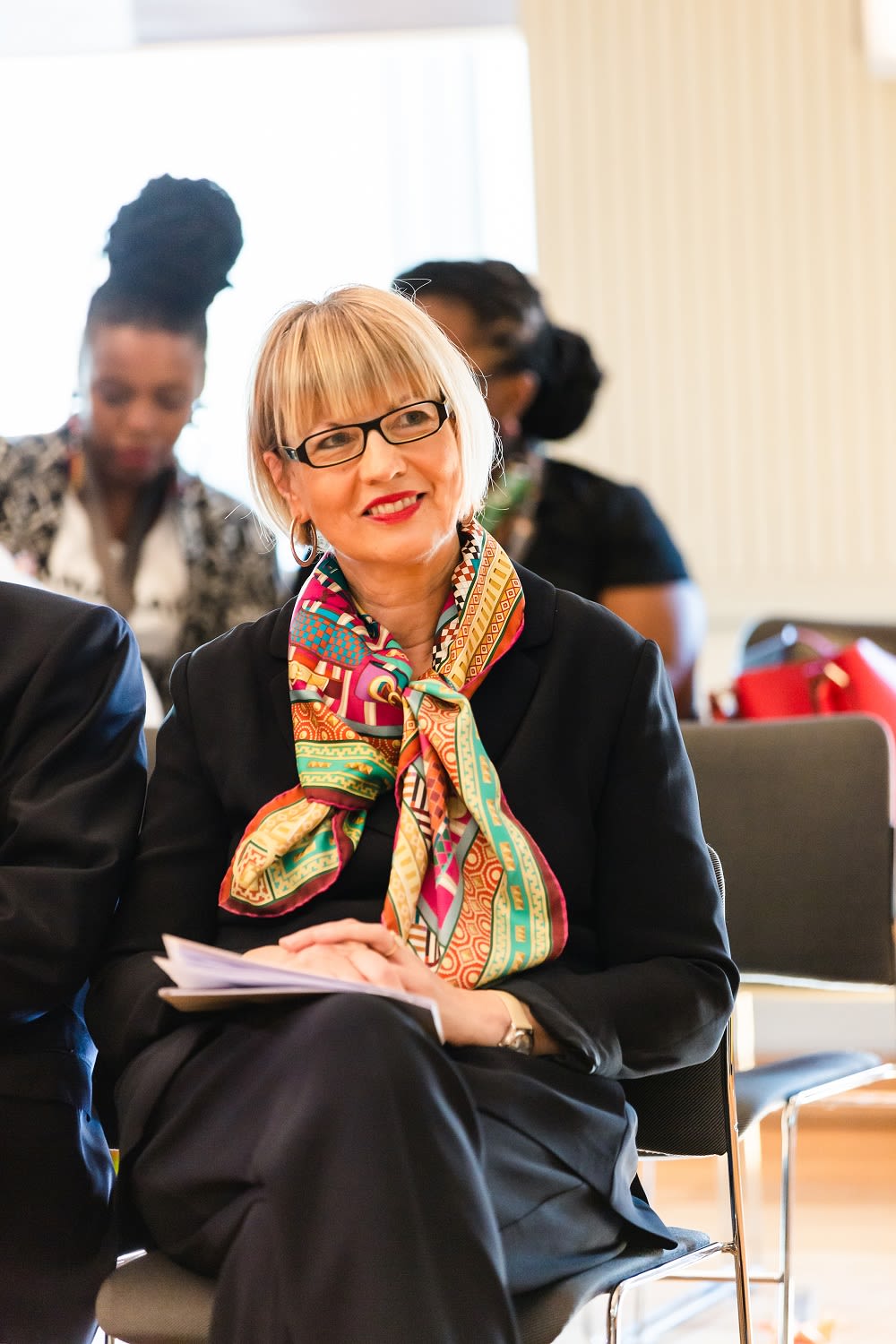 Are you Orange? Click here for our current job vacancies.

Discover new possibilities! We invite you to join us on an exciting journey.

Here you can get the latest information on icunet and our exciting events.

I want to learn more about
Strategy Consulting

Data *required
Firstname*
Lastname*
Company
Position
Email Adress*
I agree that my details and data will be collected and stored electronically to answer my request. For details see our Privacy Terms.

Send request
Thank you for your message. We will be in touch as soon as possible!